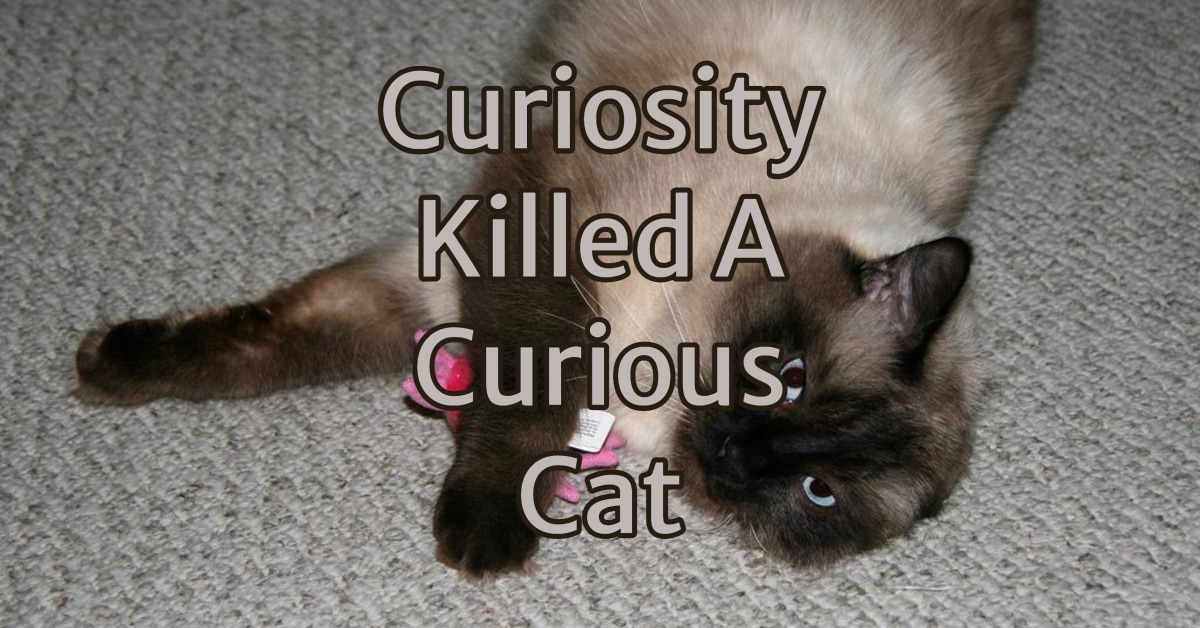 Cats are born curious and this is probably due to their survival instincts which they needed when they were in the wild. Cats have since been domesticated, but they still possess their hunting instincts. Most people who have had a cat as a pet will agree that the curiosity of cats is a trait about their species that has remained distinctive.

A curious cat is not just a myth. Cats behave in a particular manner and if you can understand their behavior then you can give them a life that is free from any dangers they face in their domestic situation. Cats are constantly snooping around, and it is this trait of curiosity that can at times put their lives at risk. Hence the saying, “Curiosity killed a cat”

Cats when they are born as kittens are blind and deaf, but even so, they begin crawling and sniffing at every step. Once they reach the age of three weeks, these kittens become so curious about the world that they are constantly moving around like whirlwind. You will not find them resting for even a second, while they are awake, and they will investigate everything and every corner around them.

This inherent behavior of a curious cat comes from its survival and hunting instincts and is what the cat has inherited from its ancestors, who had to fend for themselves in the wild. Domestic cats do not have to hunt, as their owners largely look after their need for food, but even now a cat will stalk birds, rats, and other small animals if it finds a chance to do so. Domestic cats show their curiosity in other ways and with other objects that were not part of their life in the wild.

The curiosity of cats come from what they have inherited from their ancestors and which are there in their genes. It is a strong survival instinct that gives them a funny and strange behavior and the impulse to hunt. Cats also have an instinct for survival that gives them the ability to keep clear of predators, and other animals bigger than them, that they cannot fight against. This behavior is acquired through evolution.

Cats have yet retained their hunting reflexes because they have only recently been domesticated and much after dogs. It is this hunting instinct that makes kittens look into every corner carefully, and they will even catch small prey and bring them in as trophies. Simple boxes prove great entertainment for a cat and are probably part of a natural defense mechanism that allowed their wid ancestors to stay away from danger. Cats see boxes as a place that allows them to hide from predators, and also allows them to hide so that they are not visible to any prey they are stalking.

Cats are also fond of heights as this is what allows them to get a broader view of the environment they are in. Heights allow them to observe without being disturbed. Our behavior can also trigger the curiosity of a cat, and it is this constant surveillance that has allowed them to even imitate human behavior.

4 Reasons To Get A Cat Subscription Box